From earliest memories, I have been fascinated by wildlife. A special early moment was lying on top of a hill in Devon, looking down on a dozen Buzzards Buteo buteo circling below, the sunlight catching their wings against the dark green of the trees. Ever since, they have remained favourite birds. In my early teens, I was given an old Goertz 4.5 X 6cm plate camera and soon found out just how small birds were on the finished picture. But I also became familiar with the mysteries of the darkroom. Years later, my first proper bird-lens was a Russian Photosniper unit. Although built like an early tractor, it had a gunstock and a sharp 300mm lens actuated by a trigger. When the shutter went off, it stopped the lens down with a loud clang, unmistakable to those who have used one of these outfits. It was a fine, low-cost set-up to start serious photography, and produced some excellent results in the then current black and white photography. Eventually I graduated to the Olympus OM series, and finally added a Novoflex long-focus lens with 400 and 600mm lens-heads. This squeeze-focus system was ideal for flight photography and produced some memorable results from the Somerset Levels, where we now lived - but it it was heavy. For many years I concentrated on black and white bird photography; supplying pictures to various magazines, as well as for my own enjoyment. During this period, film was the only choice. 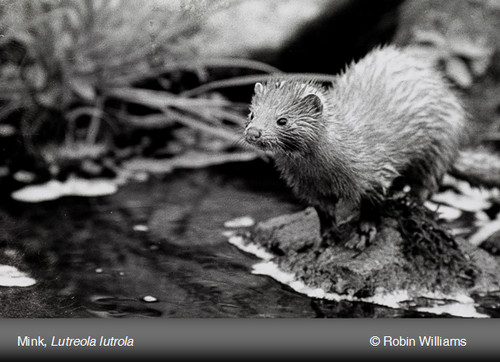 Eventually I gave up bird photography, as colour came of age and the costs of suitable cameras and lenses rocketed. The sheer weight of the bigger lenses also came into it. It was at this point that insect photography moved into my ken and gradually took over as a special interest, remaining so to this day. The ongoing move to digital photography fitted this perfectly. Colour is now much more reliable, editing RAW files brings out the best from the original photograph, while there is no wait to see the result - or extra cost. As the years move on, weight becomes a more important factor; in insect photography, the perfect outfit may be carried around all day without crippling the user. Since then, I have taken up bird-photography once more, using modern lighter-weight lenses, taking advantage of the 1.5 X multiplication factor of the digital SLR.

The Nature Photographic Society and its influence

It is fascinating to look back at how all this developed. I have been a long-standing member of the Nature Photographic Society, which celebrated its hundredth anniversary in 2014. When I joined, Eric Hosking was President, by far and away the most famous bird photographer of his time. All of us were much in awe of his reputation - though he turned out to be the kindest of men, always ready to help an inexperienced newcomer. Many years later, I look back on a number of years holding that same position and can only be astonished. In fact, it was largely because of Eric Hosking that I became so deeply interested and involved in photography. In those days we lived in London and one evening my father took me to a slide show given by the great man. His pictures were breath-taking, beyond what seemed possible, leaving me determined to try to work towards those skills. The NPS, which draws its members by invitation, is a postal portfolio, circulating six folders a year for members to insert their prints and submit them to the criticism and remarks of their peers. I gained immeasurably from the scrutiny of so many experts. We did not always agree, but the criticisms make you think and, hopefully, lead to long-term improvement in technique, as well as fresh ways of visualising pictures. This process does not stifle innovation, or individual approaches, but has benefit for all of us. Well-meant criticism, given in the most helpful manner, undoubtedly helps development of lifetime skills.

What is the draw?

Above all, the wildlife; being out among them, watching their behaviour and sheer enjoyment of life. It may not be fashionable, but I believe that all animals are as aware of their life, enjoy the good moments, play and mourn as we do. Obvious examples are Peregrines teasing flocks of waterbirds by dashing in, then pausing to watch the chaos they have caused. Watch Ravens, Rooks and other large birds swooping and diving in the sheer joy of existence. Have you stopped in a sunbeam and found a hoverfly watching you, moving with you, following and facing you? I once watched a film of tigers meeting, nuzzling each other, clearly enjoying each other's company. There are dozens of examples when events are considered more carefully, human-watching is far from unknown in the animal and bird worlds. There are many examples of packs of wolves and wild dogs meeting and greeting, playing, clearly enjoying each others' company, as we might. I am sure we are little different from the tiniest fly to the great predators. There is a life that is lived to the full for each and every one.

What about the camera in its latest versions? It is the perfect instrument to record what we see in detail, colour and action. For a great many years I have gone out into the countryside to observe and enjoy, to record and remember. This website was set up so I could re-live those moments through the words and the many pictures taken. It is the finest opportunity to bring long-forgotten events back. Most photographs are stored on hard-drives and are rarely if ever looked at again - they live on in the pages of this website. In the last year I have copied many of the pages, including the diary, printing them out with a laser printer, binding them as a permanent record. As a result, at least some of my experiences should still exist in the future.