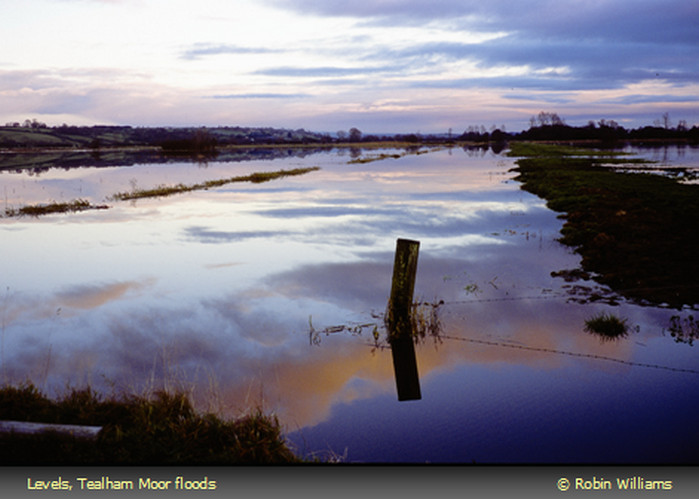 This huge bight out of Somerset (coloured pale green on the map, lying between the Quantocks and Mendip) was flooded all winter and much of the summer, until the 1800s, when the land was first enclosed. Later, steam-driven pumps were used in conjunction with artificial rhynes, drains and ditches, to open up the summer pastures. Now, electric pumps controlled by the latest electronics keep the water-level as decided by the authorities, though periodically winter floods defeat even those efforts. Above all, though, it remains a water-bound land with wildlife attuned to that background. This is a very beautiful part of the world, flat but always with a rim of distant hills to give scale. 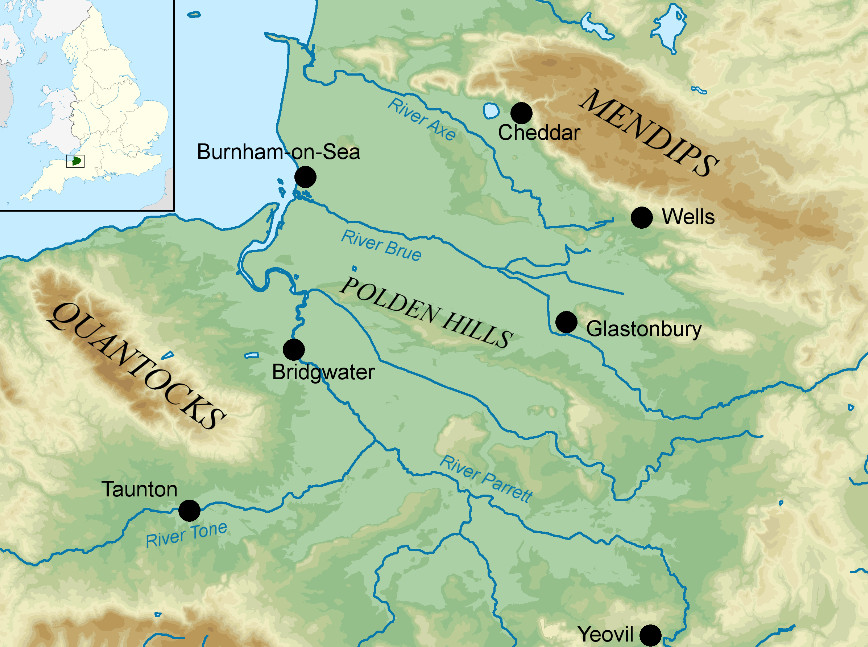 One of the most recent reserves, nowadays part of the large Catcott complex at ST40 41.  The area has been sculpted and shaped by a great deal of work to give large reed beds with extensive open water. A tower hide has been built near the south-east border, overlooking open water and reeds. As in so many projects in this part of the world, it is based on old peat diggings (what would we have done without those old small-scale diggings?). Although there are few signs of wildfowl, it promises to be real asset. It takes time for such major alterations to settle in and attract the wildlife. We have already seen Hen Circus cyaneus and Marsh harriers Circus aeruginosus, Great white egrets Egretta alba and Otters Lutra lutra to back that up. It is a wild and lonely place with a splendid walk around the outer edges. 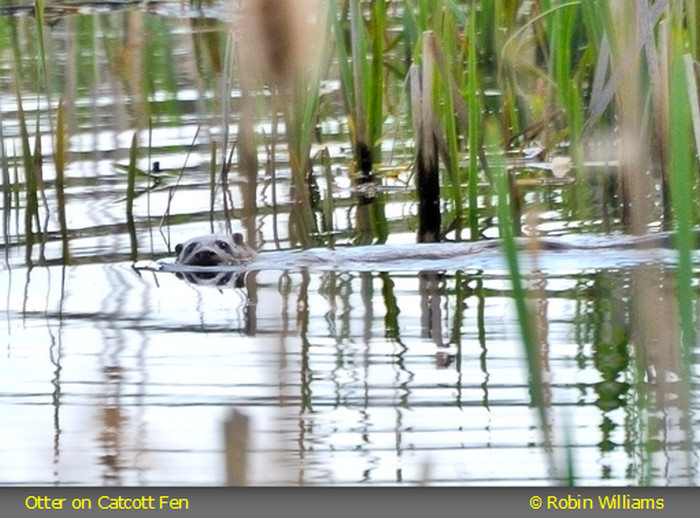 One of the early reserves, at ST40 41, largely forgotten in recent years but now coming into its own within the development of the larger Catcott complex. It is a distinctly wild area, with paths wandering through stands of Bog myrtle Myrica gale, sweet-smelling throughout the year. Some winters see the area flooding but this vanishes in summer. There are numbers of experimental pools in old peat pits which are used for research into dragonfly and other emergences. Well worth the exploration.

A fine reserve at ST40 41, part of a much larger SSSI managed by the Somerset Wildlife Trust. During summer, much of it is it is rough grassland but it really comes to life in the winter when the majority of the area floods, providing one deep-water channel, the majority being shallow, perfect for surface-feeding ducks, waders and others. I tried to avoid showing birds in these landscapes but Catcott is so steeped in ducks that it does not look right without a mass in the background, when disturbed by a falcon, as so often occurs. The latest development, now a few years old, has been to dig a pond in front of the hide. This has had an amazing effect, opening up the reserve throughout the year. The most spectacular event has been the arrival of many Cattle egrets Bubulcus ibis during the summer and autumn, feeding in typical manner on the flies irritating local cattle. As many as 400 have been seeen locally on the moors. Now, people are found in the hide throughout the year. Marsh harriers Circus aeruginosus, Peregrine falcons Falco peregrinus are regular, Hen harriers Circus cyaneus may be spotted during the winter. Spoonbills Platalea leucorodia, Glossy ibis Plegadis falcinellus, Garganey Anas querquedula, occasional Cranes Grus grus and many other unusual birds may be seen. But Wigeon Anas penelope provide the large, main winter flocks. 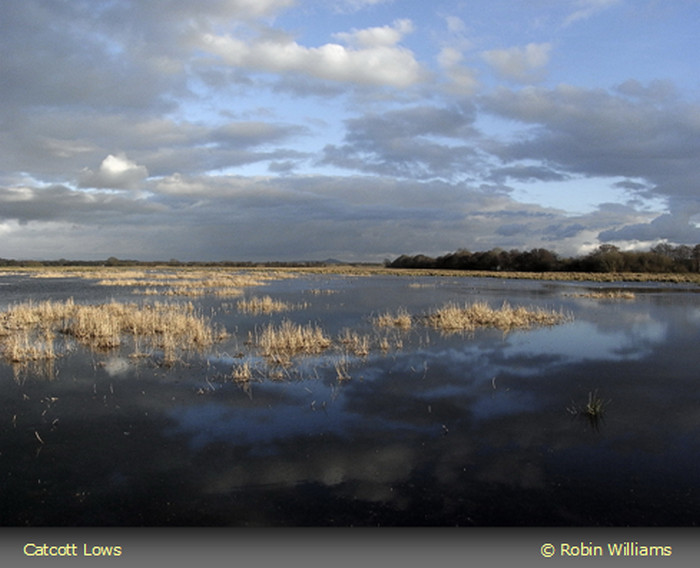 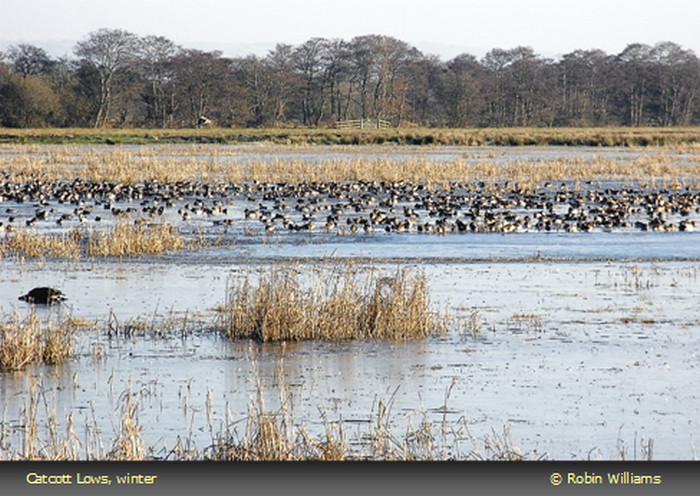 A large wetland reserve reclaimed from old potato fields by the owners and operators, the Royal Society for the Protection of Birds. It has a splendid couple of hides in the middle, reached by a proper track from the car park. In the summer, it becomes a breeding ground for numbers of grassland species but in the winter it is transformed into damp wetlands interspersed with ditches, rhynes and ponds. These attract huge numbers of ducks, waders together with many predators attracted to this splendid food source. For much of the winter, it is truly spectacular. 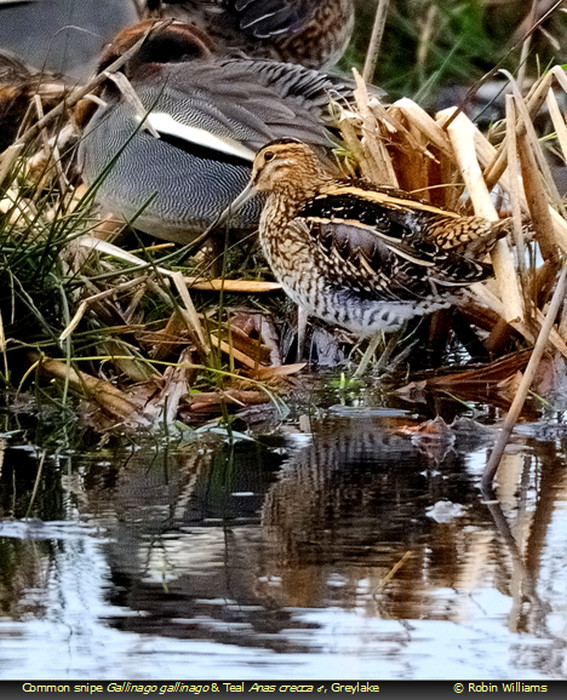 This RSPB national nature reserve reserve has been lovingly and extensively restored from old peat diggings. It has huge reed-beds, extensive areas of water of varying depth and has become a major magnet for visiting and breeding birds. The process took a long time but has paid off to an extent that few of us would have imagined. The main walk through is elevated above the surrounding areas, as it is made up from the old tracks of a long-vanished railway. It adjoins the equally important Shapwick Heath NNR, providing the very large area of semi-wilderness which has been found to be one of the really important factors for increasing bird numbers. Great white egrets Egretta alba, Bitterns Botaurus stellaris and Marsh harriers Circus aeruginosus breed regularly, while Cattle egrets Bubulcus ibis, Night herons Nicticorax nycticorax, Little bitterns Botaurus lentiginosus and Bearded reedlings Panuris biarmicus have also done so. It is fully expected that other rare waterbirds will join their numbers in the future. It is also a major centre for watching Starlings in their winter evening spectaculars. The sight of a murmurations of over a million birds dropping down to the reeds is unforgettable. Ham Wall is such a large area that it can look empty at times, but anything is possible. 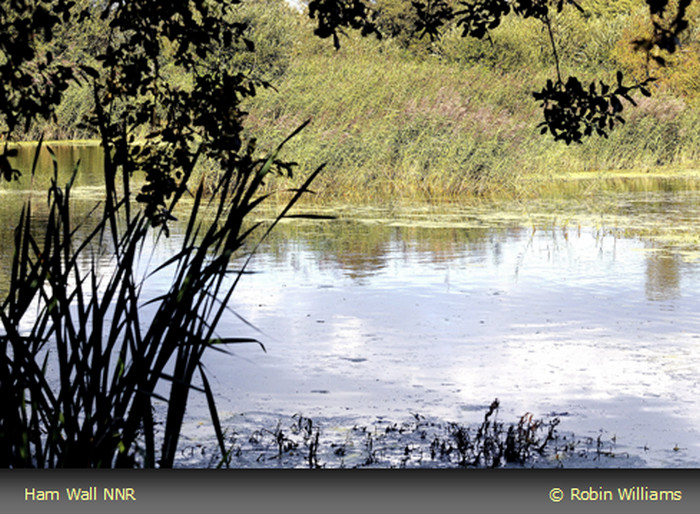 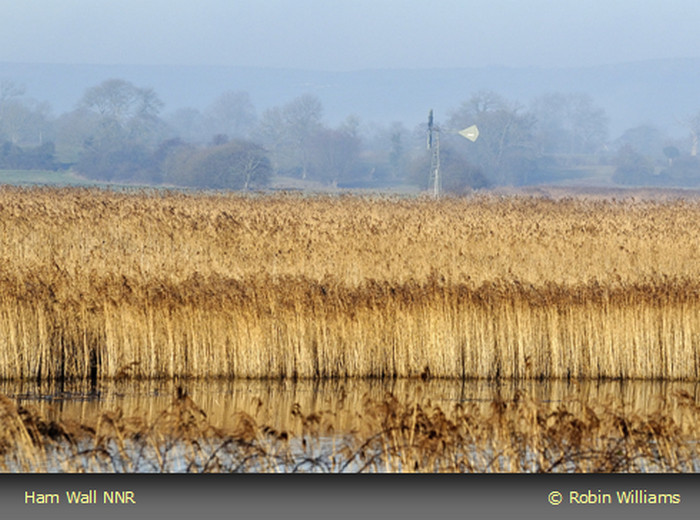 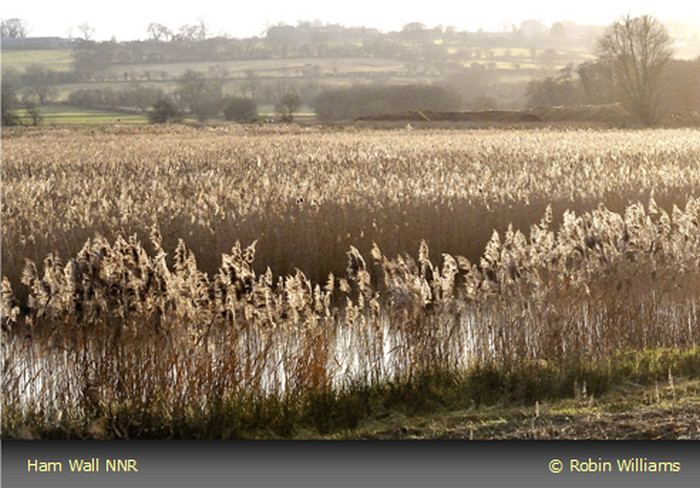 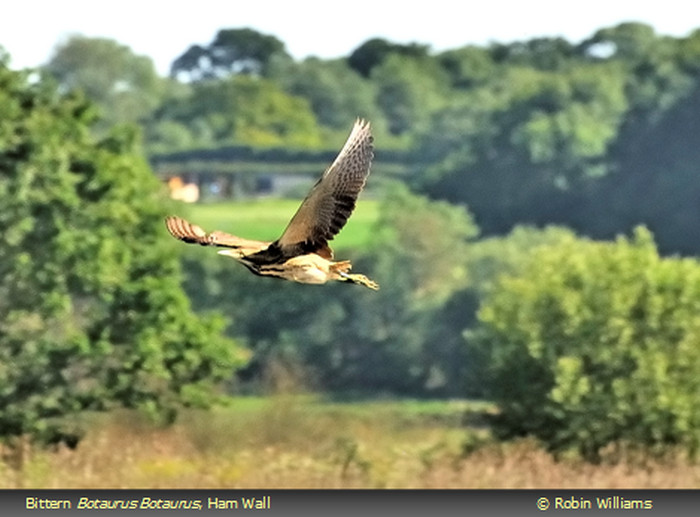 Starling Sturnus vulgaris - amongst the murmuration at Ham Wall

One of the great wildlife reserves, managed by English Nature as the heart of a larger area now designated the Avalon Marshes (although marshes is not a term used traditionally in this part of Somerset). The idea has been to bring together as large an acreage as possible to provide sanctuary, and the widest span of conditions in which wildlife is able to flourish. The dedicated people of visionhave succeeded beyond their dreams in bringing this about. The reserve has been carved out from many acres of heath that had been worked out for peat over the years and the actions taken have more than worked. Marsh harriers Circus aeruginosus and Great white egrets Egretta alba breed here and both are common. Otters Lutra lutra are seen regularly in the Decoy Pool area. Like the previous entry, anything may be possible. 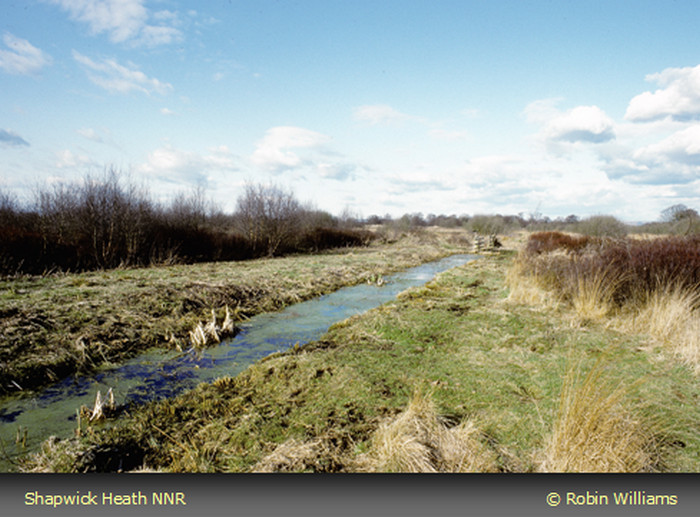 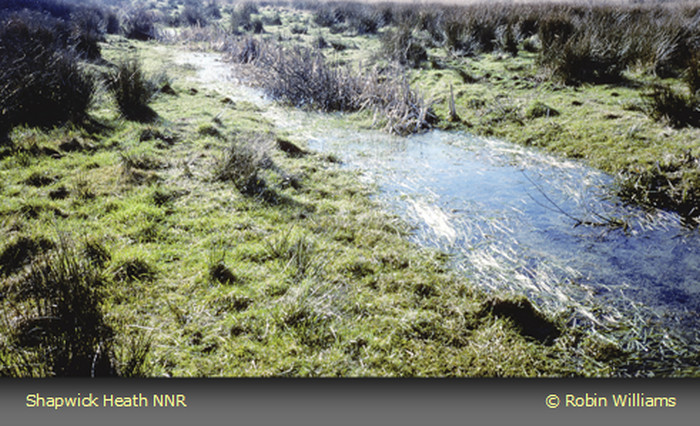 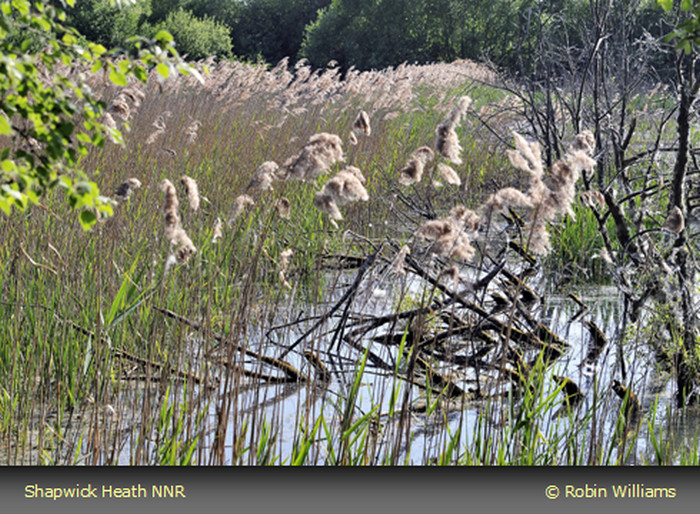 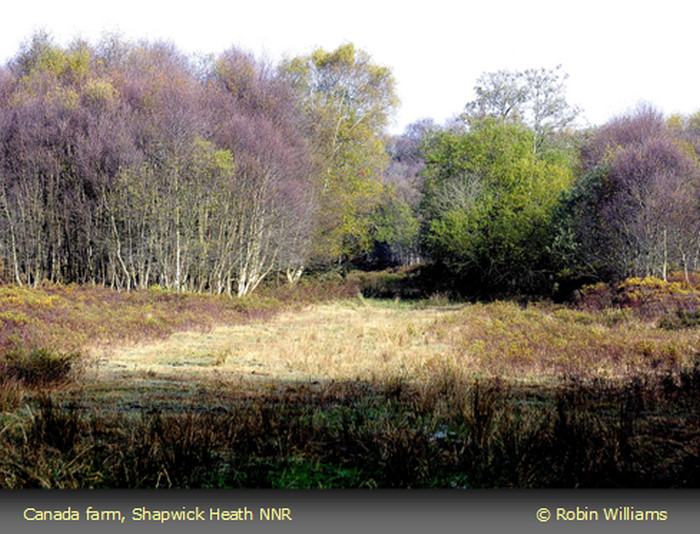 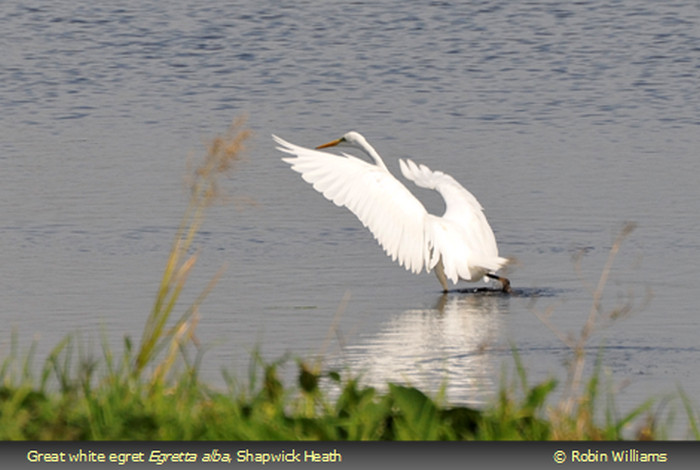 is a large area of worked-out peat diggings. The way to the Somerset Wildlife Trust reserve leads through private grounds and fisheries which are as rich and interesting as the reserve itself. The herbage along the edges of the drove is rich in insects which go to support the other wildlife of the area. Autumn, in particular, is a good time to visit, with sawflies Symphyta, dragonflies Odonata and hoverflies Syrphidae everywhere. The old diggings provide ponds galore, noisy with Marsh-frogs Rana ridibunda. The drove provides a fine walk, ending up between woodlands before coming to the reserve on the right. Here ponies help keep down the vegetation but beware, there are hidden pits all over the rough grass and herbage relics of some long-gone enterprises. Most are indicated by rough fencing but the unwary may be caught out. Specially known for its insect-eating sundew plants Drosera spp., of which all three species are found in the field. 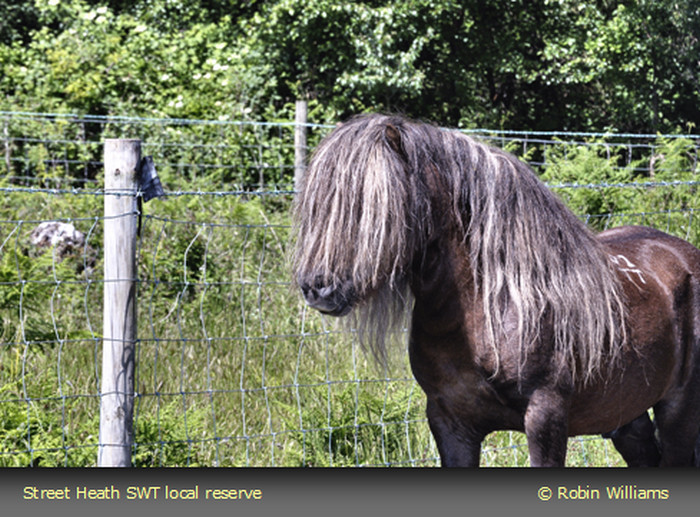 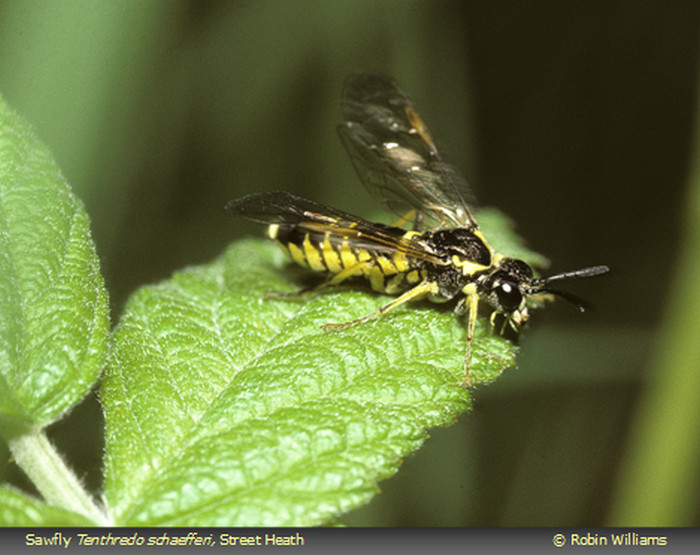 are said to be the lowest parts of the moors north of the Polden hills. While earlier attempts at drainage have been contained and a new regime introduced to attempt to negate their effects on wildlife, it must be admitted that it is no longer the powerhouse for birdlife that it once was. Nevertheless, these 2000 acres are well worth visiting. Droves cutting into the fields encourage walking and it is easy to get away from everyone. The views are stunning and water is everywhere, dominated by the North Drain, the River Brue and the background of the Mendip hills. The water table is never far below the surface. During the winter, flooding is frequent, then the fields turn into an apparent inland sea. Harriers Circus spp., Buzzards Buteo buteo, egrets Egretta spp., Grey herons Ardea cinerea and huge flocks of Starlings Sturnus vulgaris, with Lapwings Vanellus vanellus nearby, are frequent. 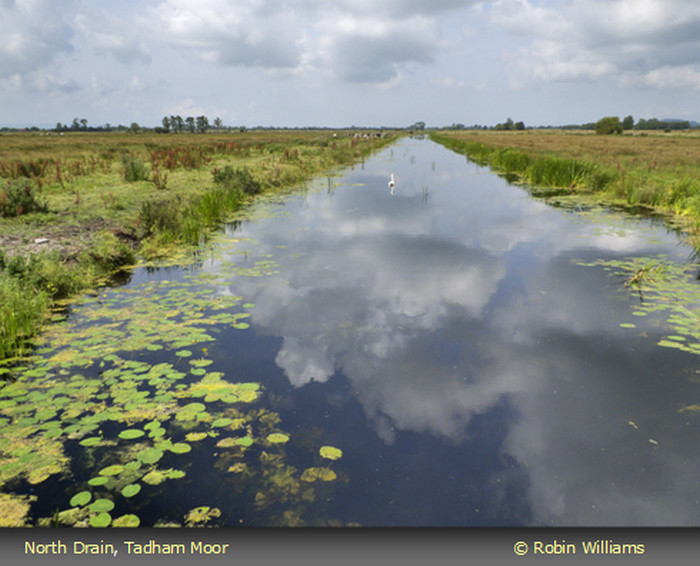 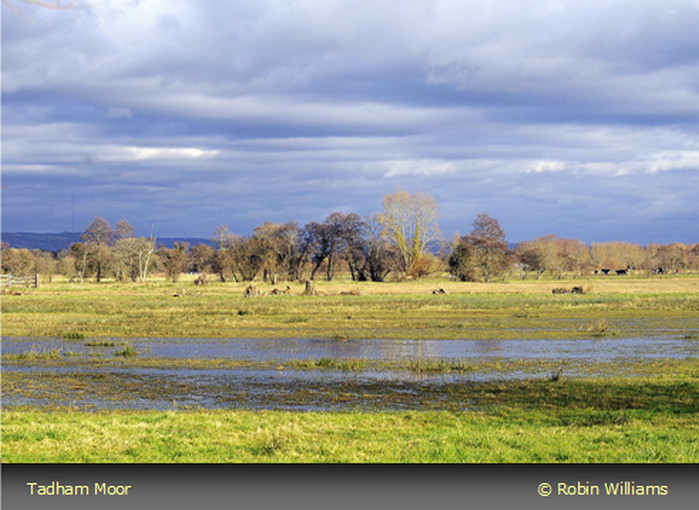 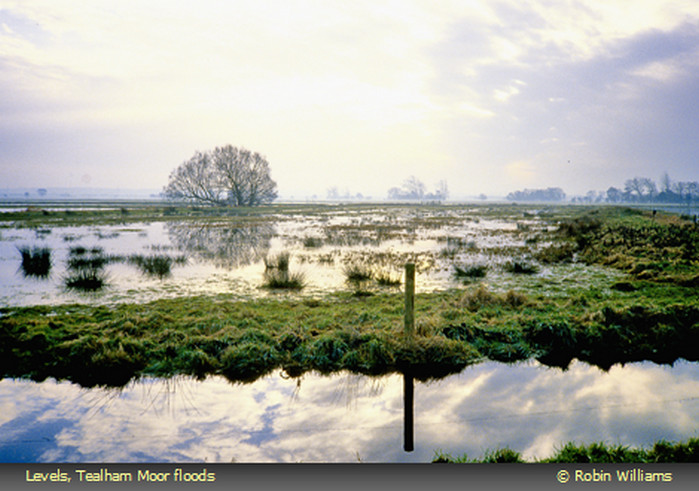 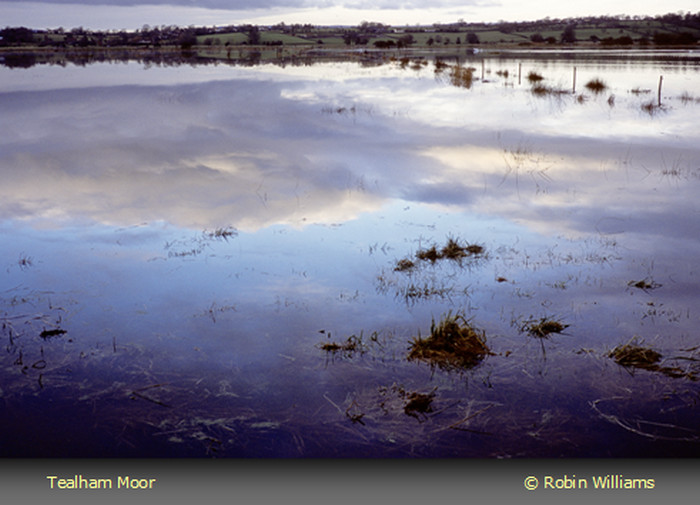 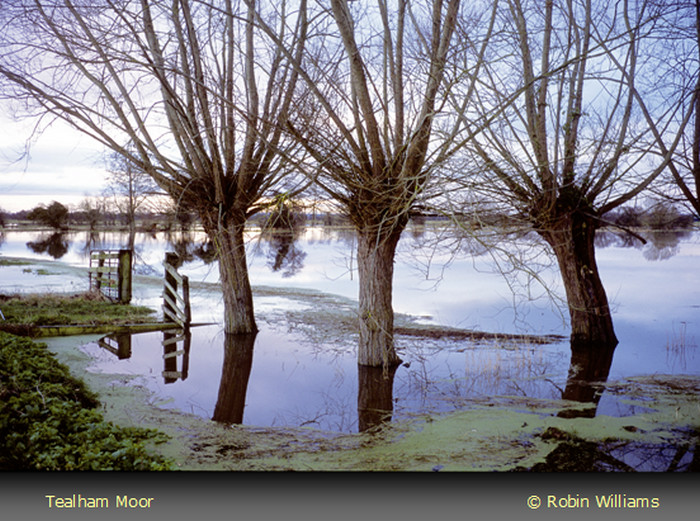 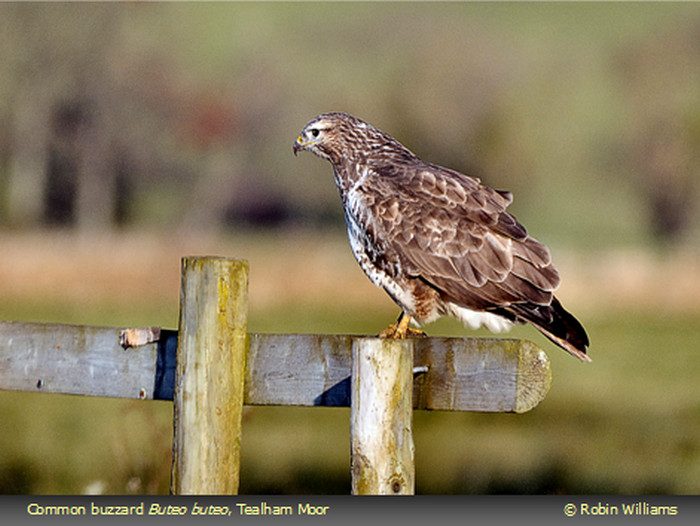 a national nature reserve and part of the Avalon Marshes scheme. Large areas of old peat diggings lead to extensive reed beds and many acres of water. A number of hides offer great access to the numerous wildlife, with easy walking along hard or grassy droves. There is no danger of birds being driven from their habitat by too many visitors as they always have extensive reeds and hidden ponds to keep their privacy. In this way an excellent balance is maintained between access and secrecy, so the area has become famed for the variety and numbers of wildfowl and other species. The usual local moorland species of Marsh harrier Circus aeruginosus, Great white egret Egretta alba and spring eruptions of a great many Hobbies Falco subbuteo. Wonderful tranquil walks through golden beds of reeds. 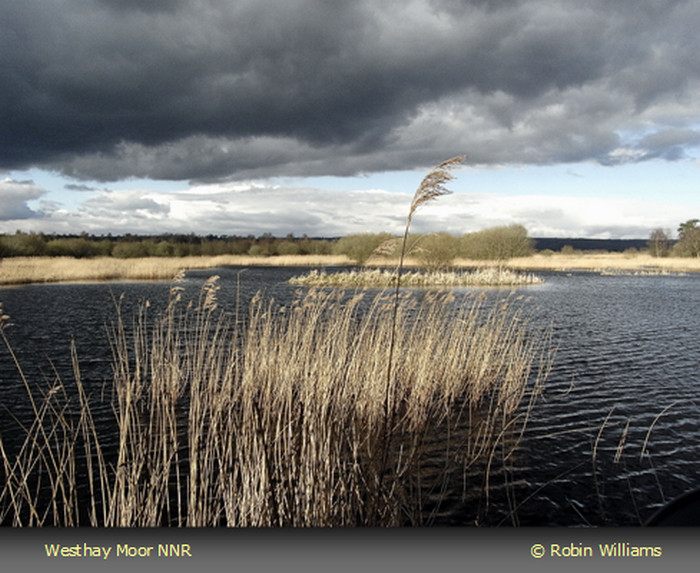 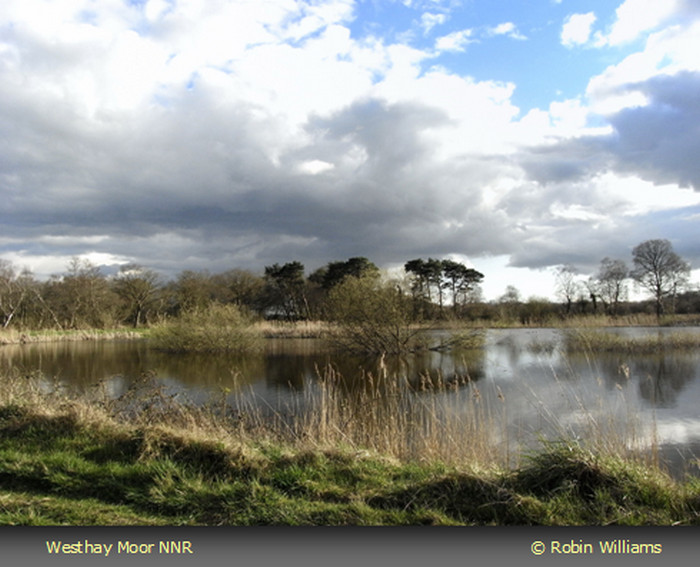 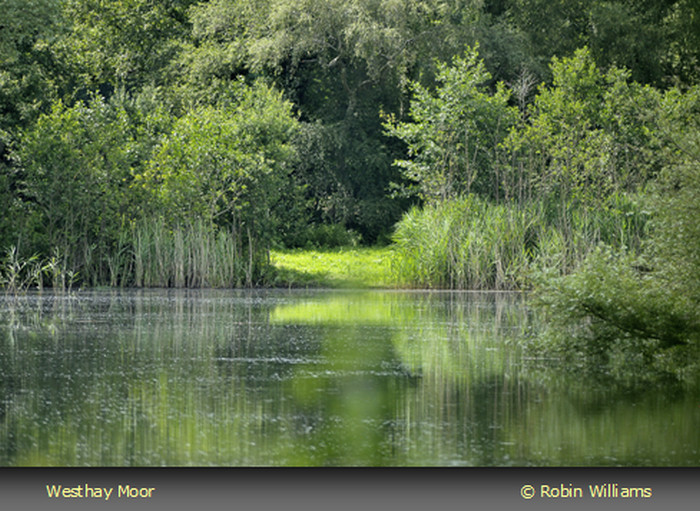 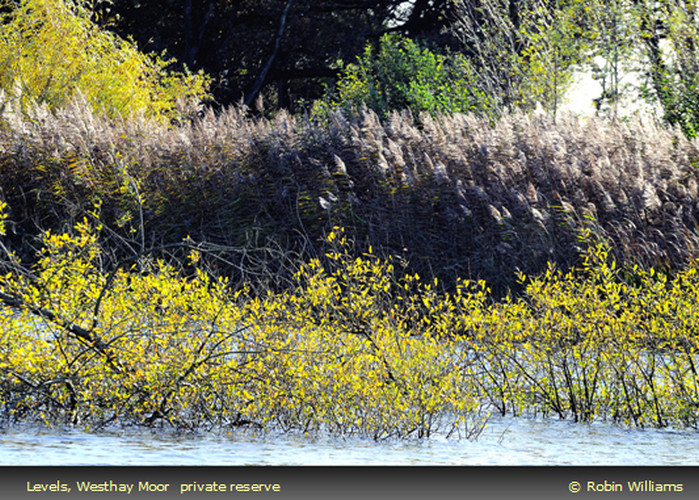 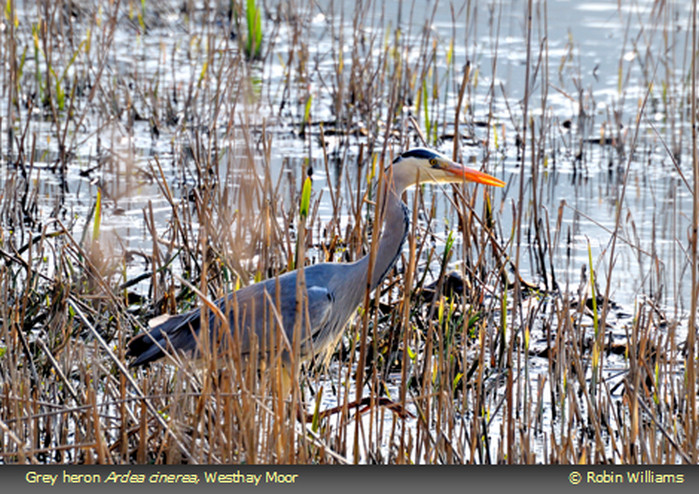