November 2022: wildlife, from the Somerset Levels

November 29th 2022. We had a cheerful gathering of insect friends at home this morning, people who had been part of the many gatherings resulting from the the short course on dragonflies given by the late and revered John Boyd many decades ago - three of us originals still attending. We had a full attendance, only Tim Vowles falling down to a last-minute illness. The participants included Chris & Katie Hooper, Fiona Dickie, Jan & Jim Boyd, John Mason, Nigel Milbourne, Ron Westmaas and Una Garland - a special gathering of old friends who have contributed greatly to our knowledge of Somerset wildlife and its photography. Most definitely a time to be treasured. After they had left, I went down in the afternoon to collect the post and disturbed two Roe deer (Capreolus capreolus) in the garden below the house. There was no fuss, one slipped through a hole in the hedge and out onto the lane, moving at little more than a fast walk; the other went next door at much the same pace. A perfect day to find them back with ut us (though not for weather, cold mist surviving all day).

November 26th 1022. Just after 7am, Romey spotted a Roe deer (Capreolus capreolus) vanishing up over the steps into the orchard. It was too gloomy to pick out its sex, but we were reminded of the very long time since we last saw one during daylight, however gloomy. Later it changed from a brief sunny period to rain and strong winds. By that time, I was well on my way to Catcott Lows to check the state of play with migrating duck. It was not long before I was on my way home again. There was no room in the hide and the outside viewing area was blasted in rain and vicious cracks of wind. But what a difference on the water. The cold spell had brought in large numbers of duck, mainly Wigeon (Anas penelope), with numbers of Shoveler mixed in. The real start of the arrival of the winter hordes at last. It could well be the time to visit Greylake again. Surely the duck must have reached there by now? 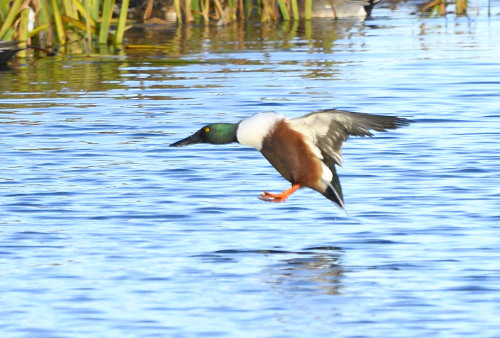 November 16th 2022. By now, Catcott Lows was filling up towards its winter population of duck, enough to fill the air with Wigeon whistles though hopefully far less than it will be. This contrasts with Greylake which appears to be strangely empty, as reported earlier. 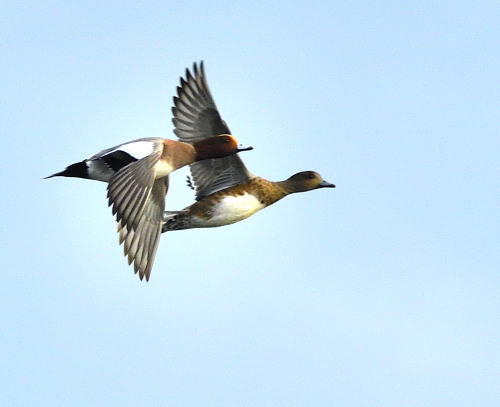 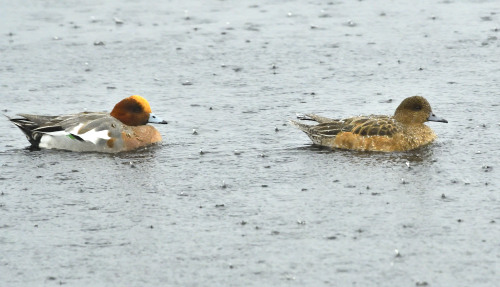 Wigeon, Anas penelope - in one of the vicious downpours 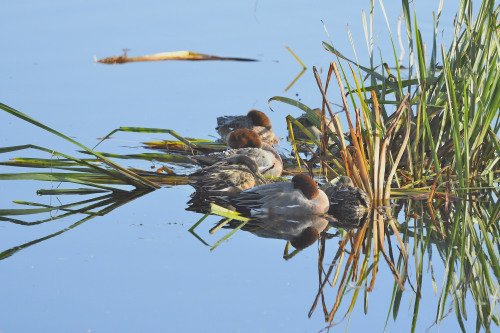 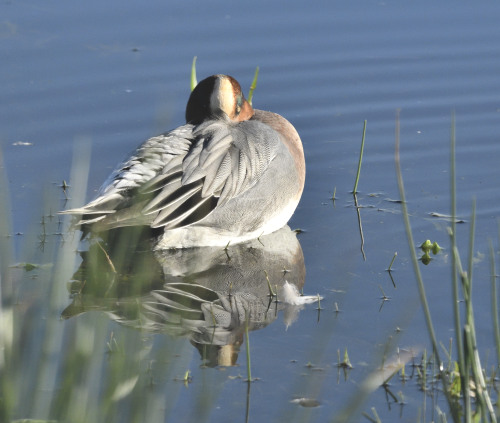 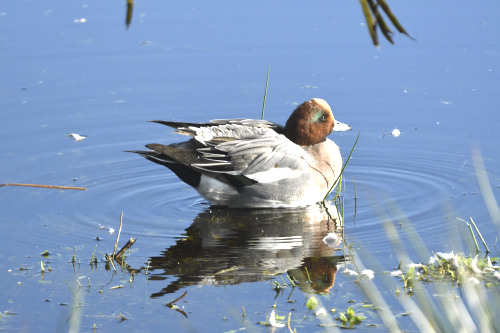 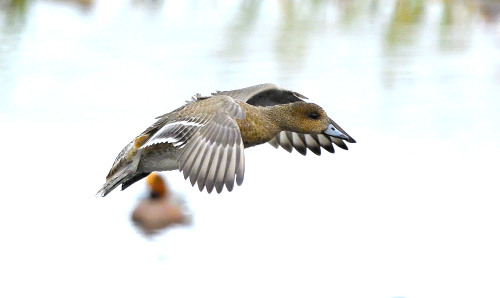 November 15th Driving round Tealham Moor has proved less than exciting in recent weeks. I suspect this may be due to the ever-increasing traffic as people become more aware of its road as short-cut to various destinations. However, today provided a couple of bonuses. The first was a buzzard that sat and posed most splendidly while the camera clicked. It seemed quite unfazed by the car, shifting to provide various poses. I was the one who moved on in the end. 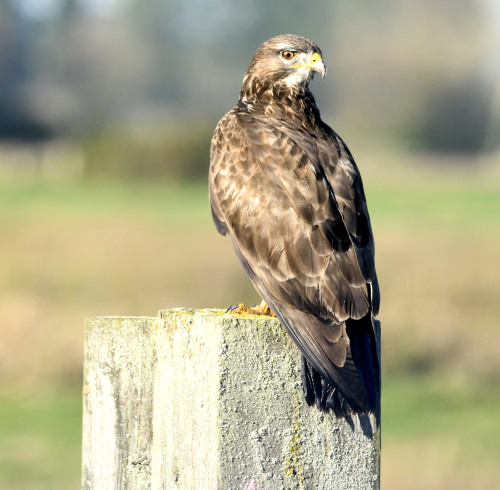 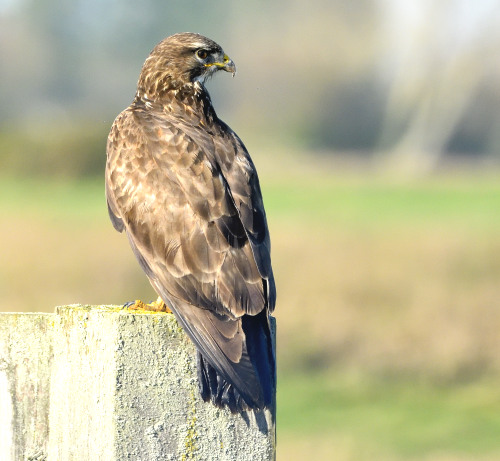 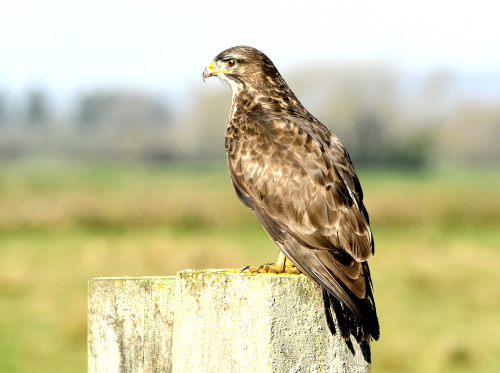 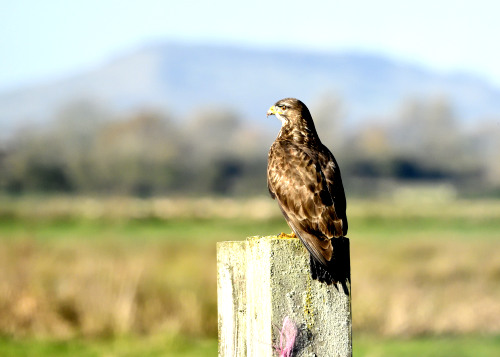 The next to catch the eye was a Great white egret feeding on the open moor, moving most of the time as it followed some trail of its own. Although the positions were awkward, a number of pictures were obtained, at the expense of a crick in the neck. 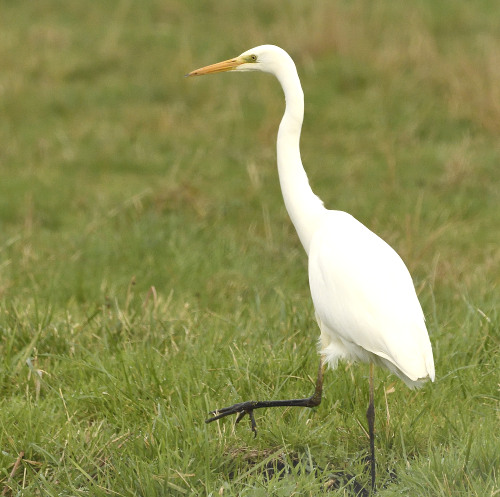 November 12th 2022. Great excitement was being exhibited when I reached the hide at Catcott Lows this morning, 'early for you,' Ron remarked as I settled in. 'What is around'? 'Hen harriers of both sexes. quite close'. It took some while for them to appear. The ring-tail was first, just a dot in the distance but then somewhat closer, though never anything but a battle with the computer to produce any worthwhile picture (though none of mine really follow that description). 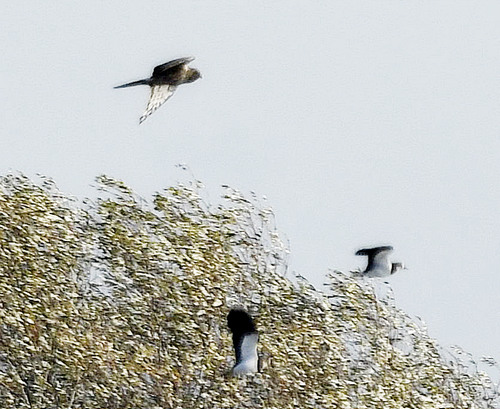 A buzzard (Buteo buteo) sat for most of the time on the large pole opposite, attracting no attention from the other inhabitants. For a change, there were few egrets around. I was delighted to get a couple of shots of a Little egret in flight, so dead, chalky-white. 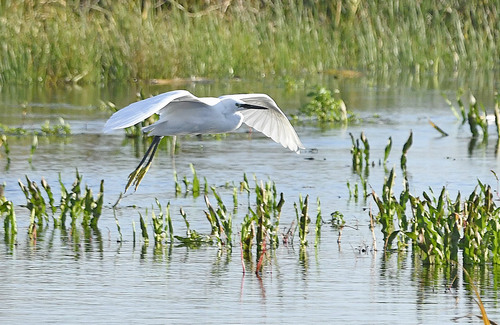 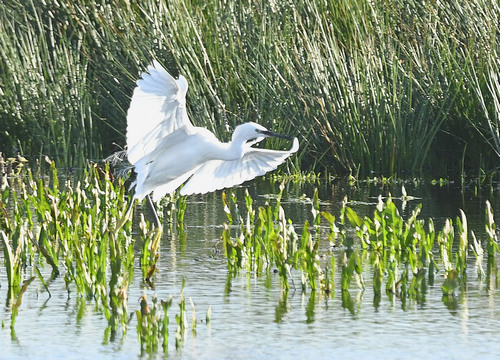 Finally, I must mention a large flock of extremely skittish Lapwings. Every surge into the air needed careful examination. What was causing it? Was there a harrier or other bird of prey among them, or setting them off from a distance? 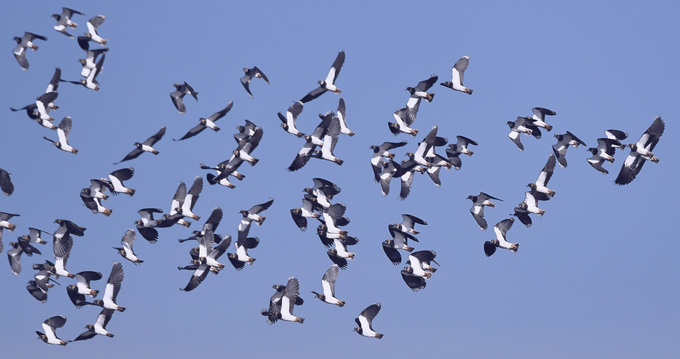 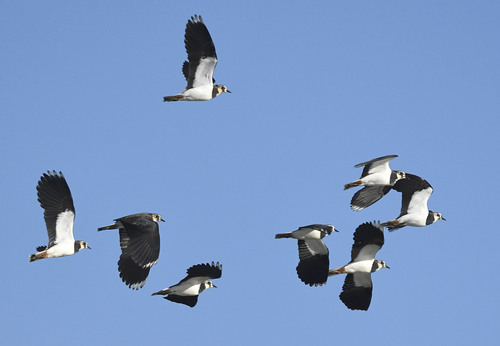 November 9th 2022. Earlier in the month, weather had been poor with wind and rain in quantities. Fiona and I decided to see what the state of play was at Greylake on Sedgemoor. It was a bit of a mixed morning leaving me with the thought it might not be very productive. The mass input of duck has not reached here, surprising as reasonable numbers were now settled in at Catott Lows. What we found were numbers of Mallard, excellent in view of previous years where there were fears that their numbers were catastrophically down. These colourful ducks are always worth a picture. If they were rare, people would flock to a sighting. 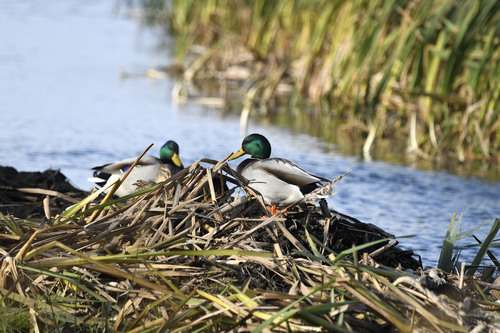 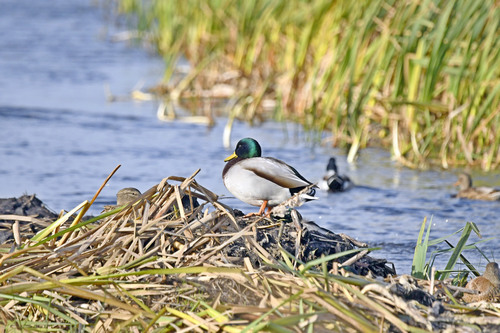 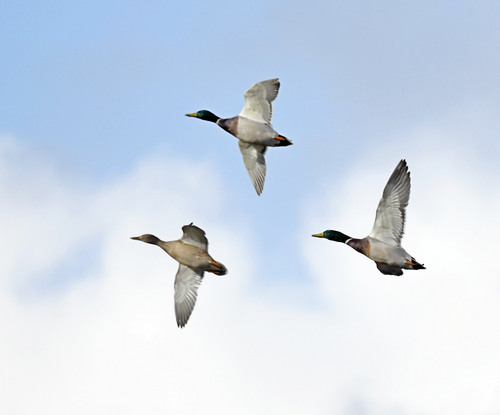 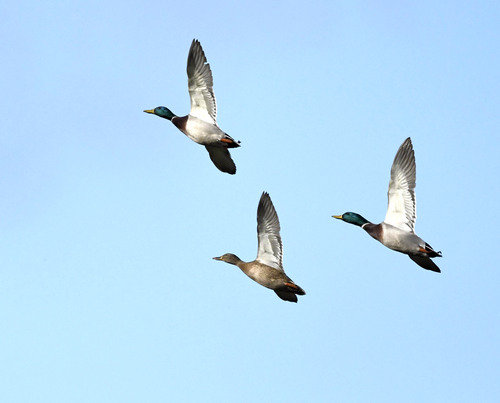 We had been there a few minutes when another photographer pointed out a couple of very distant Common cranes. They were busy feeding by the gate, then had a spell of flying round, further feeding before vanishing to the south. 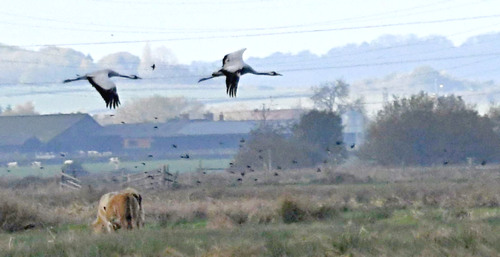 Just before we left Fiona picked up a flight of four cranes flying to the north-west, so six had been present - always exciting. We were told that a week before thirty cranes were present, a real bonanza.

November 1st 2022. I trust the pictures below do not upset people. We live out in the country where mice and rats might be expected, though neither are commonplace. These pictures are of a single animal that appeared for a few days only, issuing from a hole in an old wall to have a go under the bird-feeder. Now gone again. 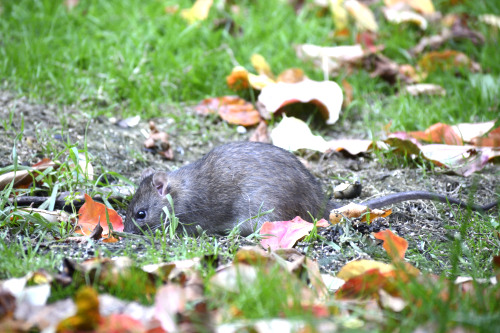 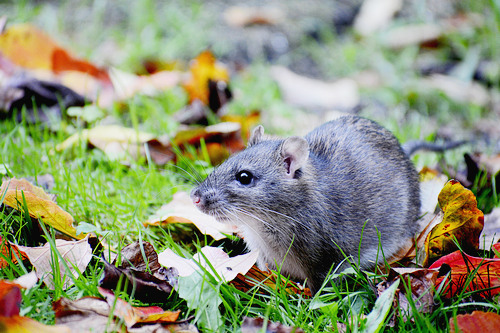 Later that day, Cattle egrets reappeared on Tealham Moor, feeding round the feet and faces of some of the cattle still out to grass. A delightful sight. 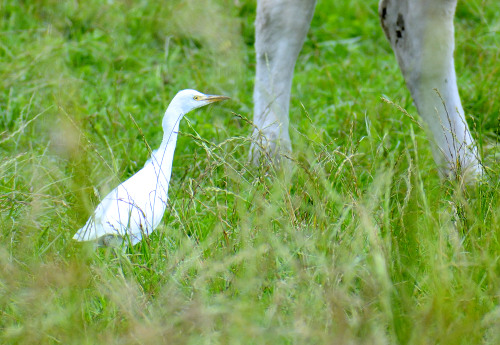 Cattle egret, Bubulcus ibis - feeding round the feet of cattle